This week, while waiting for a bus on my daily commute, I decided to see if there were any little cookbooks I could download to my Kindle.  The first thing I found was The Sweet Little Book of Cupcakes by Nicholas Peruzzi.  And man, were there some yummy-sounding cupcakes in this book, with some flavor combinations I had never thought of before! 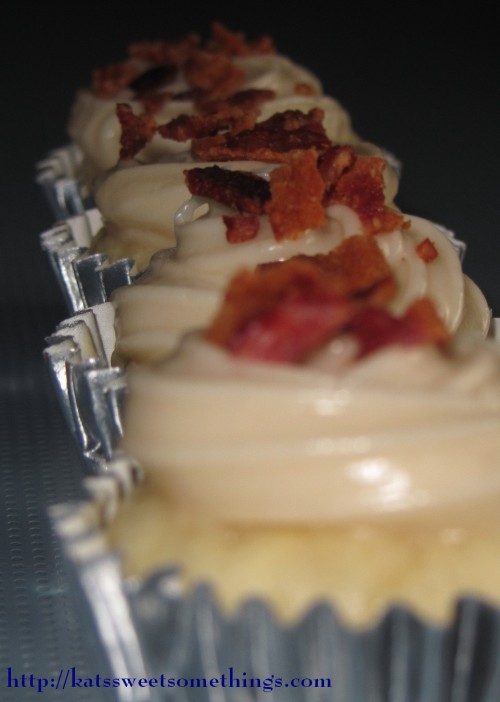 The first cupcake that immediately drew me in (there were many) was  Buttermilk Pancake Cupcake.  It is exactly what it sounds like – buttermilk pancake batter, tweaked slightly, and then baked just like a cupcake.  And, of course, if you have pancakes you just MUST have syrup, so I added some maple syrup frosting on top.  Not one to let breakfast just glide away so plainly, I decided to add some crumbled crunch bacon on top, because bacon makes EVERYTHING better! 🙂

When I decided to make this recipe, it said it only made 12 cupcakes.  Now that, for me and my coworkers who get to eat the fruits of my labor, is a bit ridiculous; so I decided to go for mini-cupcakes so I would have enough to satisfy everyone! 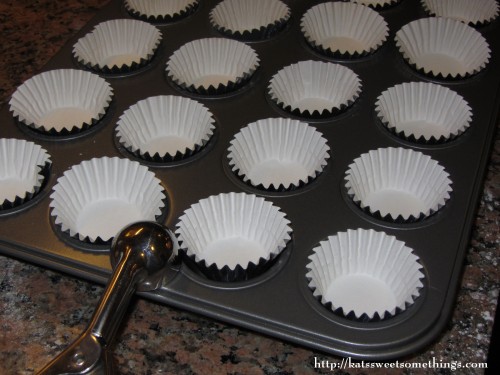 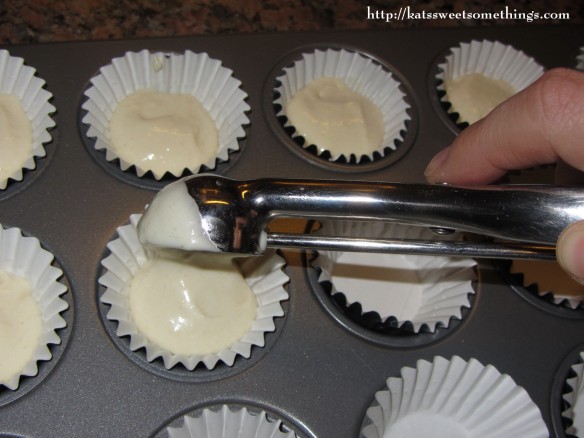 Now, I haven’t made mini-cupcakes all that often, and I was concerned about overfilling them.  What I did above was a little under – I should’ve put a little more filling in each, as they turned out as teeny little mini-cupcakes. 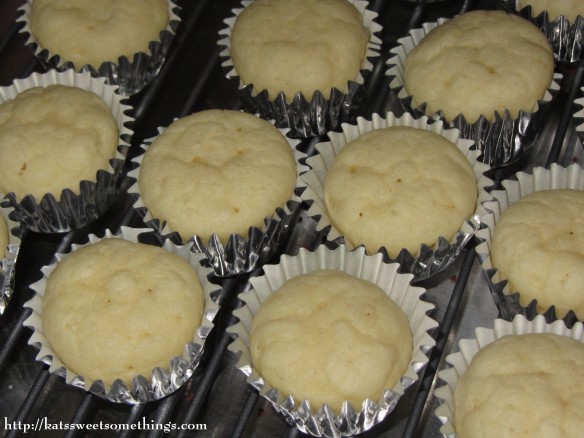 Regardless, the cupcakes were good – adding the maple frosting made them better, and adding the bacon on top of that… pure heaven. 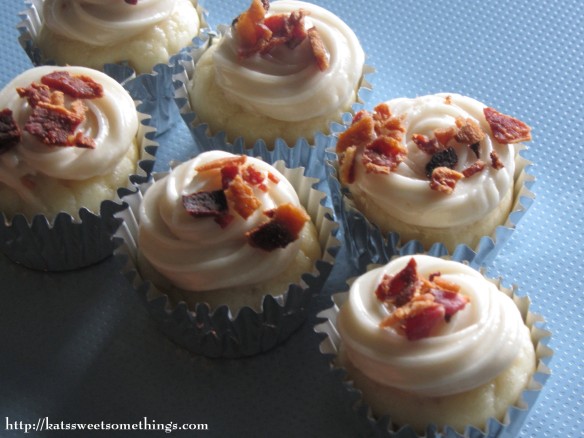 Maple Frosting Recipe (from some random site – I didn’t make the one in the book because I didn’t have maple extract, but I DID have maple syrup).