One of my favorite memories from childhood was getting to pick out a donut for breakfast once every other week or so – we’d be grocery shopping, and it was always a huge treat.  I would almost always pick the regular cake donut with chocolate frosting and sugar sprinkles out the wazoo – because as a kid you can NEVER have enough sugar – and every time it was amazing.  (Except for the time my cat ate through the wax paper bag and subsequently ate most of the donut… what a disappointing morning).

We made mini-donuts one time in my third quarter at Kendall – I made mine tossed in a combination of rosemary/salt/pepper/sugar/cayenne, and they were pretty good.  This time I decided to go for classic, with a supposedly yummy donut and plain sweet glaze.  I also decided to make a few with a cinnamon sugar coating, and then add a little chocolate to the mix as well.  Unfortunately, I only had bittersweet dark chocolate in my kitchen, which didn’t work out too well for an overall coating – but was perfect for a garnish to the glazed donuts! 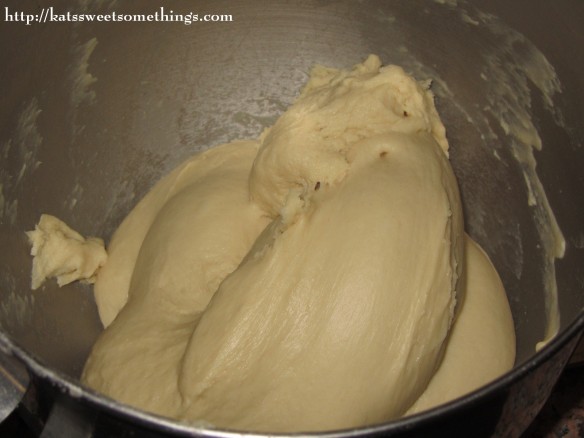 These were surprisingly easy to make from start to finish.  I definitely recommend having a nice big stock pot for frying, so you don’t get splatter everywhere, and along with that having a deep-fry thermometer so you don’t get hurt by splatter.  I love the thermometer I have from school that plugs into a base and then just has a 2 ft long cord with the thermometer at the end so I can just toss it in the pot.  Very very convenient. 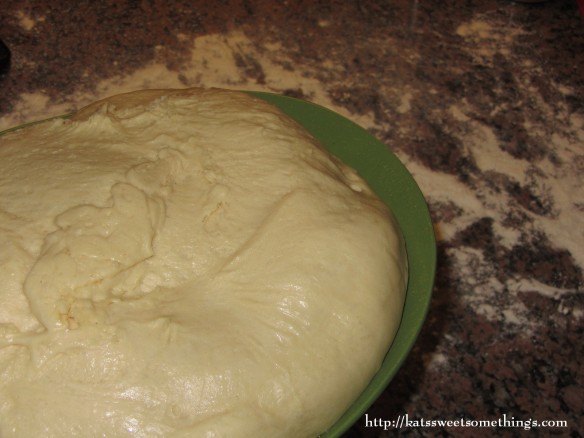 When you are letting the dough ferment, be sure to pay attention – I decided to just lay down for an hour-ish, and when I check on my dough (in a bowl on top of the fridge), it was almost exploding out of the bowl.  But (unlike some dough) this was very easy to work with – I was able to roll it out and cut it without a problem.

A few recommendations for when making yeast donuts

When I did the chocolate stripes on the donuts, I just made a simple ganache (equal parts heated cream and chocolate), put it in a piping bag, cut off the tip and quickly drizzled it over the donuts using a back and forth motion.  Very very simple!

These donuts were super yummy, although since I served them the day after I made them, the glaze had gotten a little tacky… but that sure didn’t stop anyone from eating them!  I personally like the cinnamon sugar best.  Next time I have a brunch… these are definitely on the menu!