I had originally planned to get this post up yesterday… but then time just got away from me… so here we are.  (As a side note, don’t you just wish you could go to the store and buy more time?  In my mind it would be sold like parking meters – 25 cents for each additional 15 minutes of time you would like to add to your day.  If only.) 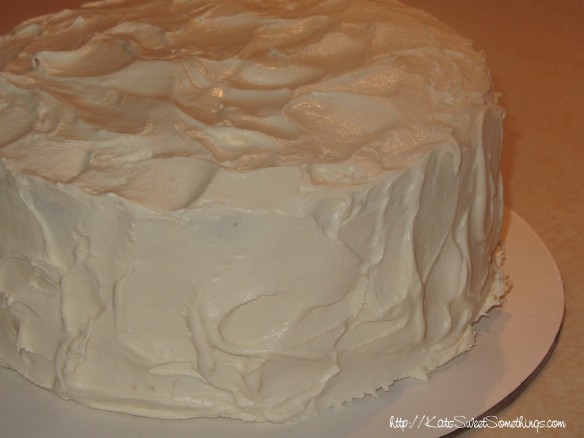 On Saturday morning, before and after getting my hair cut, I was able to finally construct my Dreamy Creamsicle Cake.  I had pulled the cake out of the freezer the night before to thaw, and had pulled the frosting out of the fridge first thing in the morning so they could soften. 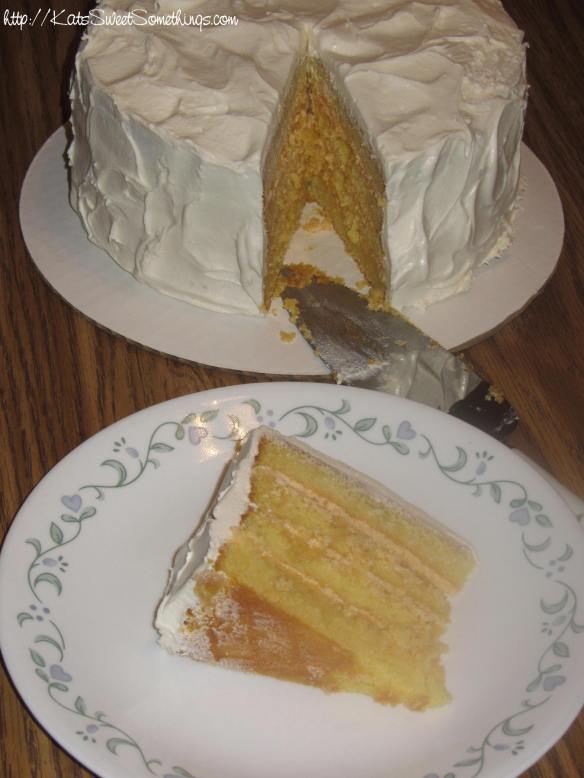 The first problem I encountered was that my Orange IMCCB had broken (if you don’t know what that is, check here :)).  Honestly, I think it was broken when I first made it, but at the time I was too positive and was just thinking “oh, that’s only orange zest”.  Um, no.  Unfortunately after the Orange IMCCB had softened and I re-mixed it to hopefully get the emulsion working, it just kind of stared at me sadly while swirling around in the mixing bowl.  But no matter – I had been trying to decide which frosting would be for the inside of the cake, and that just decided it for me, because geez did that stuff still taste good – so good I couldn’t not use it.

When putting this cake together, I had decided to make thinner layers (with more frosting) to make sure that the flavor was well incorporated as well as keeping the cake moist.  Along with this, I had also decided that I wanted to try what I refer to as “swoosh” frosting – basically frosting the cake with an ongoing back and forth motion using a small spatula or back of a spoon to give it a somewhat-unfinished-but-still-nice look.  I think my first attempt at this came out alright – not the best, but definitely not too shabby either! 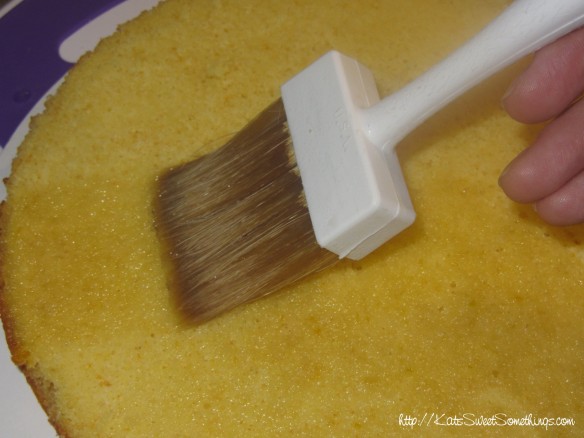 With the frosting amounts I made in the previous post – I used it ALL.  There was literally nothing left in either bowl, the amount worked out just perfectly.  And, as always, I brushed my cakes with simple syrup to make the frosting stick.  To continue the flavor theme of my cake, I used vanilla in the simple syrup, which of course worked perfectly with the oranges and vanilla cream. 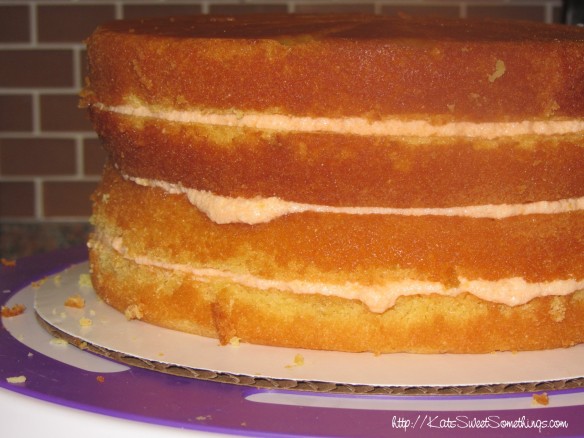 This cake ended up being a nice weight – almost pound cake-ish, but not quite as dense.  Everyone seemed to love it, and their first reaction was that it taste just like a creamsicle.  My dad thought that the vanilla cream cheese frosting was a little too sweet, so I might have to adjust that a bit, but all in all, I would say this was a delicious success!

Next in line – a Christening cake.  Oh boy oh boy!